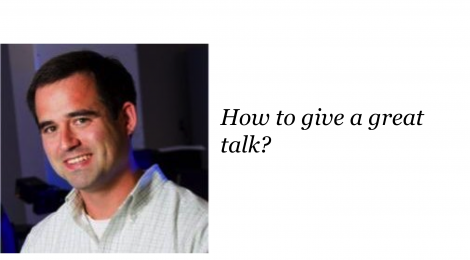 On Monday July 6, Dr. Jason Locklin will discuss how to prepare for an oral presentation and give a great talk.

Dr. Locklin obtained both his BS in Chemistry (1999) from Millsaps College and his Ph.D. (2004) at the University of Houston under the direction of Rigoberto Advincula. In 2005, he moved to Stanford University as an Intelligence Community Postdoctoral Fellow in the laboratory of Zhenan Bao. In 2007, he joined the facility at the University of Georgia as an Assistant Professor in the Department of Chemistry and Faculty of Engineering. He has been awarded the Central Intelligence Agency Young Investigator Award (2007) and the NSF CAREER Award (2010).

Dr. Locklin is a REU mentor and is committed to producing bright, well-rounded graduates by exposing his students to multi-disciplinary research.