Project Description: The most critical process in the healthy development of the human brain during the fetal stage is cerebral folding. Many studies have shown that knowledge of cortical folding is key to interpreting the normal development of the human brain during the early stages. During fetal development and especially during the third trimester the brain experiences significant growth, and morphs from a smooth state into a convoluted form which is closely similar to the adult brain. Cognitive or physiological difficulties and problems, e.g. epilepsy, retardation, autism and schizophrenia, are consequences of abnormal cortical folding in the fetal stage as discussed. Recent experimental evidence has shown that besides biological parameters, mechanical properties such as the stiffness and growth speed of the cortex play a crucial role in gyrification and normal development of the brain. Also, recent reports have suggested that alternation of the cortex microstructure and/or mechanical properties caused by inflammation, demyelination, or destruction of axons is a hallmark of many neurological diseases and disorders. Therefore, there is a critical need to explore the disturbance of normal cortical folding which can unravel clues towards the understanding of the mechanisms of normal brain development and provide novel diagnostics and treatments of neurological disorders during early brain development.

REU Student Role and Responsibility: The main target of this project is to develop models and simulations of the brain’s cortical folding related to brain malformation. We make a hypothesis in which differential growth combined with cortex material properties can determine the morphology of the cortical folding. Finite element modeling method in order to simulate the instability and bifurcation of cortical folding will be used. The student will take the responsibility to perform a series of computational simulations in order to understand the fundamental mechanism of brain developmental disorders.

Expected Outcome for REU student: The primary goals for this project are the development of a manuscript for submission to the biomechanical journal and later as the preliminary result for our next potential proposals to NSF or NIH. The REU student will be recognized as a coauthor. 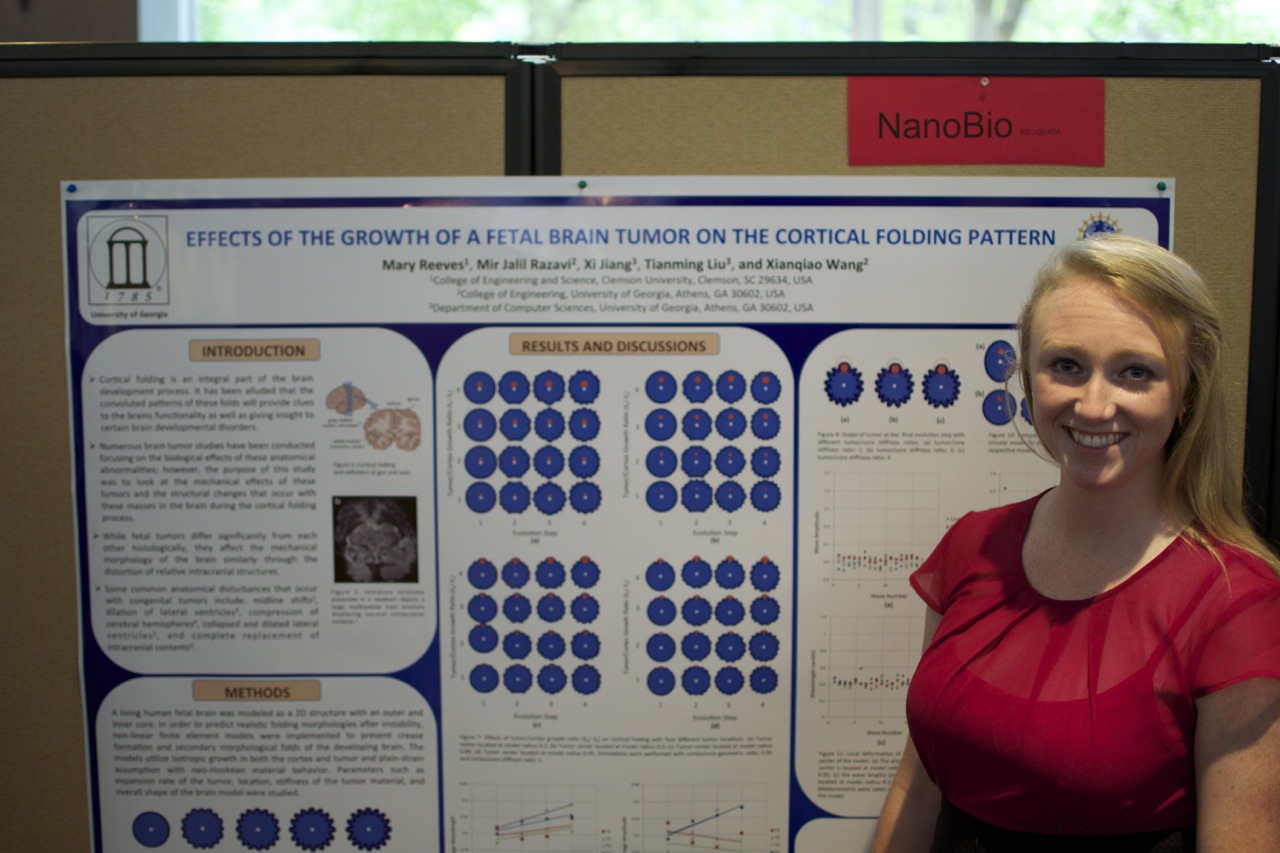